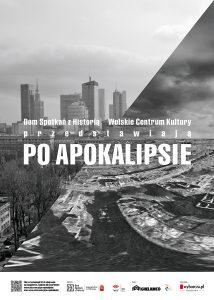 The Twenty-First century did not bring an end to the sight of cities ruined by war: Aleppo, Grozny and Kabul, to name a few. But what happens to a city wiped out by war? Should it be rebuilt or not? Not long ago in Europe, a capital city almost vanished. Warsaw in 1945 was almost entirely destroyed. The contemplative 360° experience « After the Apocalypse » examines the miracle of the rebuilding of Warsaw, a city where life is back nowadays. What scars did its reconstruction leave in people’s minds? What emotions accompanied the unprecedented reconstruction of the city so filled with hope?